MANILA—The Philippines cried foul this week when China announced plans to begin regular patrols of the South China Sea, known here as the West Philippines Sea. The two countries have been engaged in a tense dispute over the region since 2012, when Chinese ships took control of Scarborough Shoal, which is just one of the areas Beijing and Manila contest. 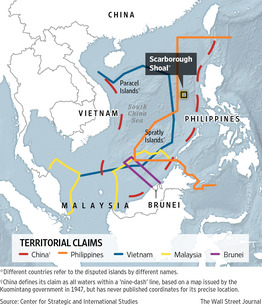 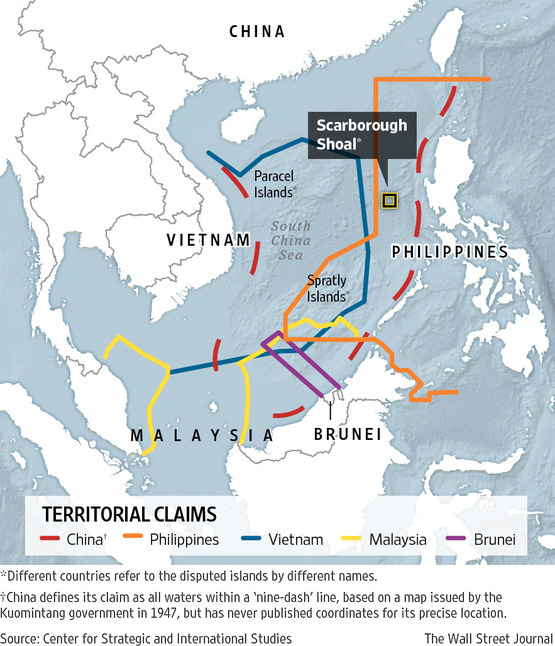 Government spokesman Raul Hernandez insisted any such patrols would be illegal because the area in question is Filipino, not Chinese, territory: Under international law, he said in a statement sent by text message to reporters on Jan. 22, China’s Exclusive Economic Zone, or EEZ, “cannot extend beyond 200 nautical miles” from the Chinese mainland and Hainan Island, a province at the southernmost end of China.

One thought on “Why China and the Philippines are Battling Over Rocks, Reefs”