China’s deputy permanent representative to the UN has accused both Vietnam and the Philippines of making “groundless accusations” over territorial disputes in the South China Sea. Wang Min was speaking at a meeting of the UN Convention on the Law of the Sea in New York and he repeated China’s assertion that it has full territorial rights over the disputed islands. 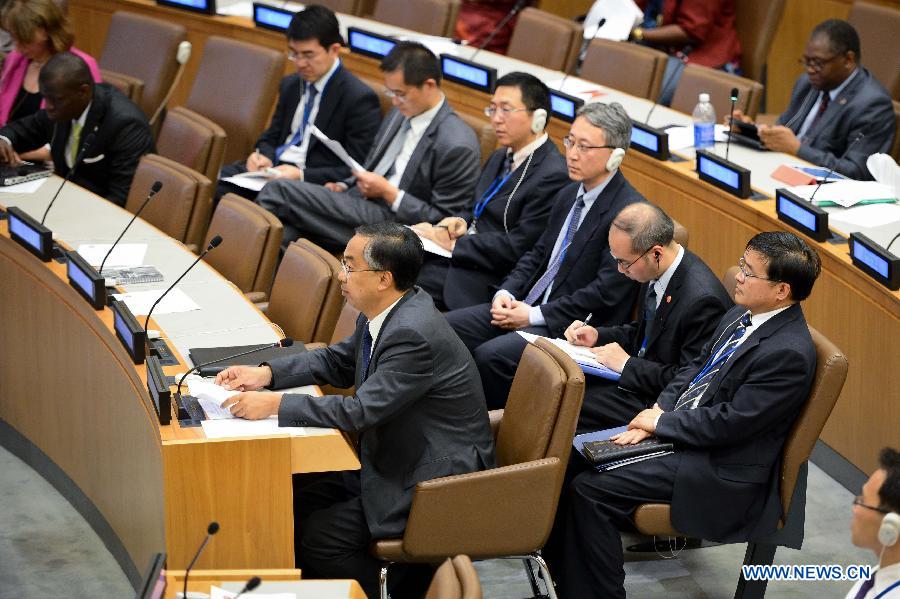 Wang Min (L Front), China’s deputy permanent representative to the United Nations, addresses the meeting of state parties to the UN Convention on the Law of the Sea (UNCLOS) at the UN headquarters in New York June 13, 2014.

Wang Min says nothing can hide the wrongdoing by Vietnam.

Speaking in New York, Wang highlighted the disruption of normal drilling operations by a Chinese company in waters near the Xisha Islands and he spoke of the looting and violent attacks on Chinese businesses in Vietnam. The attacks left 4 Chinese dead and 300 injured.