The second part of the article by Thai Van Cau on the relations between the freedom of navigation and sovereignty over the archipelagos of Hoang Sa (Paracel) and Truong Sa (Spratly) will be the author’s suggestions on the choice of solutions for Vietnam. 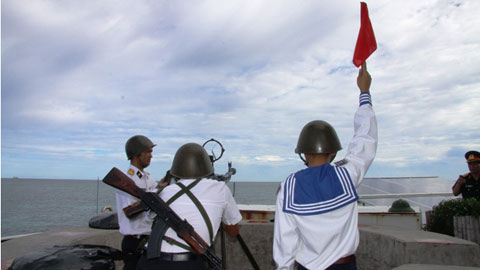 Military action is not available

“Chinese dream” is a phrase raised by Xi Jinping for the first time when he became the Chinese to leader in late 2012.

Although Xi Jinping emphasized the “peaceful rise” of China, the most significant danger in the “Chinese dream” is that it highly highlights the nationalism and, through the massive propaganda machine, it can make Chinese people to hardly realize the great mistake of the Chinese leadership in the claims over the East Sea, including the Paracel and Spratly Islands of Vietnam.

To serve the “Chinese dream” via the so-called “peaceful rise,” China’s defense budget has been increasing in recent years. The budget for 2014 is $132 billion dollars, up 12.2% compared with 2013. According to the IHS Jane’s journal, the budget may be up to $148 billion.

In order to deal with China’s increasingly obvious ploy to dominate the East Sea, including islands of Vietnam, Vietnam needs to modernize the military to defend its sovereignty and national interests.

However, due to the asymmetry of power relationships between the two countries and by the policy of Vietnam of not allying with any other country, settling disputes with China by military action might not be the best way for Vietnam.